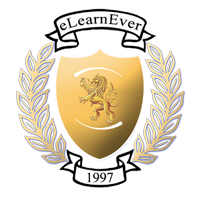 eLearnEver idea was formed in 1997 by group of professional people in management and IT field. This team attempted to develop knowledge in developing countries by integration of strategic management and information technology abilities together. During the last decade eLearnEver team has improved its aims in various forms in different countries. Finally, eLearnEver central office relocated to Sweden in 2013 (Reg#: 969767-5560).
eLearnEver has been approved as Swidish Company in 2013. (https://foretagsfakta.bolagsverket.se/)

Sweden is one of the pioneer countries which has appropriate infrastructures in the field of ICT specially mobile technology. Today there are over tens of scientists, experts, and students at eLearnEver organization who attempts for improving knowledge in developing countries. eLearnEver is pursuing its goals through common research, training, and trading programs in different countries.

Winner of merit prize for eLearning on 4G Network

Although eLearnEver story has been began from people in developing countries, but extended to many different regions of the world. From Afghanistan to USA, from Malaysia to Sweden, from UAE to Africa.

eLearnEver has focused on the following divisions:

Getti Mitra, Senior Officer Treasury Middle Office, Afghanistan International Bank: “In the present situation of my country, not only women but aslo men  need to be guided. Our community needs to be educated. I want them to know how to deal with life, and have their own decisions. No doubt, the war for decades left so many obstacles for Afghan Nation as, Education Gap, Cultural Gap and so many others, but the most important point for me is the STATUS GAP between women and men in the society. The role of women is considered less worthy than men. For me, every single person adds value to the society with their role.”

We have started common projects and partnerships with some of the largest companies and foundations on elearning, mobile learning and media broadcasting. eLearnEver is one of the first companies in the world who works on learning in 4G mobile network.

We help people in different countries, eliminate their limitations and access to useful knowledge to have a better life and brighter businesses.

eLearnEver OTC is a connection between people, knowledge resources and lecturers. Beyond geographical boarders, they can join to eLearnEver OTC and receive original knowledge help them to rebuild their business and life.

eLearnEver technology center always prepare the best services in fastest and simplest ways for OTC on web and mobile which helps students and lecturers.